The Aurora Choir, founded within the Fondazione Scuola di Musica C.G.Andreoli in 2006, and enrolled in AERCO since 2016, is addressed to children and young people with the aim of exploring all the expressive possibilities that the voice can offer, in a context of socialisation and mutual understanding. The choir has grown steadily over the years, thanks also to its participation in numerous experiences, including: the performance in 2008 of Berlioz’s Te Deum under the direction of Maestro Abbado, the exchange with the Ludus Vocalis choir of Ravenna, Rataplan 2010 with Avion Travel, the opening of the International Festival of Military Bands in Modena in 2011, the performance of the Sinfonia sulla Divina Commedia by F. Liszt and the 3rd Music Review of the Italian Academy of Music. Liszt and the 3rd Review of Sacred Music organized by the Choir City of Bastia Umbra in 2012, participated in a cultural exchange with the music school of Ostfildern (Germany) in 2013, took part in the Festival Onde Sonore of Cesenatico in 2014. Since 2015 it has been organising the Corale CORINFESTA Festival in Mirandola (MO) (www.corinfesta.it) and is the performing choir of the winning pieces of the International Composition Competition of the same name. It won the first prize at the 4th Choral Singing Competition @mici in Musica at the Teatro Sociale di Mantova in November 2015, the Silver Band at the 34th National Choral Competition F. Gaffurio in Quartiano (LO) and the first prize and special prizes for Best Conductor and Best Repertoire at the 4th National Competition Città di Riccione. In 2018 it took part in an exchange with the Children’s Choir of the Pyrenees Conservatory (Berga, Catalonia), and in 2019 with the Children’s Choir and String Orchestra Le Ménestrel of the Chantilly Conservatory (France). From 2020, he will be a workshop choir for Aerco Academy, a school for conductors and singers. Between 2020 and 2021 it publishes several multimedia contributions and virtual choirs and then wins two second prizes and the prize for the best choir in Emilia Romagna at the 7th National Competition Città di Riccione and the first prize overall at the 9th National Competition San Vigilio in canto with admission to the Global Education Festival at the Teatro Ariston in Sanremo in October 2021 where it was awarded a Special Mention in the Music Section. Winner of the International Choral Contest Vincenzo Amato 2021. It has participated in numerous masterclasses for conductors and in 2021/2022 will act as a laboratory choir for the selective tests of the 2nd International Competition for Choir Directors Romano Gandolfi and for the course dedicated to youth and school choirs of the school for conductors Aerco Academy. It is currently formed by the children’s choir and the youth choir. Teachers: Luca Buzzavi (director and vocalist) and Tamara Proietti (LIS expert). 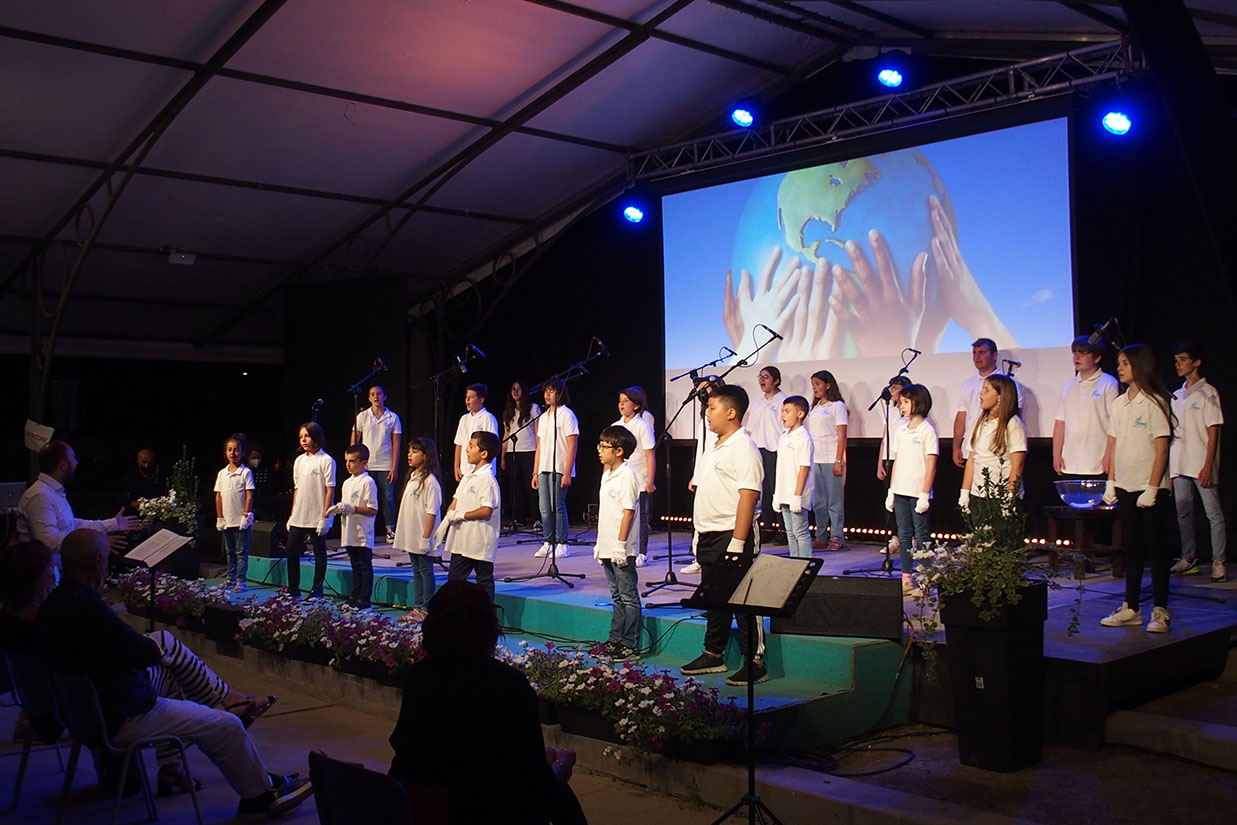