The Cantori Gregoriani is a vocal group of male voices that since 1986 has dedicated itself exclusively to the study and diffusion of Gregorian chant. Made up entirely of specialists, the ensemble bases its performance proposal on semiological research, i.e. on the study of ancient manuscript sources dating back to the 10th-11th centuries. The interpretative proposal of the group intends to highlight, through the tools of semiology, the expressive power of Gregorian chant, i.e. the correct musical representation of the ancient exegetical tradition of the sacred texts. Founder and director of the group is Fulvio Rampi, a doctor in Gregorian chant at Luigi Agustoni’s school, professor of Prepolyphony at the Conser vator y of Turin, former chapel master at Cremona Cathedral, now director of the Sicardo Choir of Cremona. The group boasts numerous appearances in Italy and abroad (Austria, Belgium, Brazil, Germany, Lebanon, Poland, Portugal, Slovenia, Spain, Switzerland) on behalf of important musical and cultural associations. From 1995 to 1998 he made four tours in Japan, where he performed in the main cities (Tokyo, Kyoto, Osaka, Hiroshima, Kumamoto, Nagano, Yokohama). In 1996 it participated, as the only Gregorian chant ensemble, in the Moscow Orthodox Music Festival with a concert in the Great Hall of the “Tchaikovsky” Conser vator y. In 2002 it was invited to give two concerts as part of the famous “Festival of Two Worlds” in Spoleto and in 2003 it took part in the “Festival Monteverdi” in Cremona and the “Ravenna Festival” performing in the Basilica of San Vitale. In 2006 he took part in the “Anima Mundi” festival in Pisa, and in 2008 and 2009 he performed for the MiTo Festival. The seal of the 2012 activity was the appreciated participation in the Holy Mass celebrated by Benedict XVI on 3 June, at the end of the World Meeting of Families held in Milan. 2013 saw the Cantori perform at the prestigious Salzburg Festival and again at the “Festival Monteverdi” in Cremona alongside the Tallis Scholars. In addition to an extensive record production on behalf of important Italian and foreign record companies (Rusty Records, PDU-EMI, JVC Japan, Paoline, Sarx Records, ARCANA- WDR), the choir has also made recordings over the years for the Swiss Radio Suisse Romande, the German WDR and the Austrian ORF and Japanese NHK televisions. The years 2011 and 2012 were marked by the collaboration with TV2000, the Italian Episcopal Conference (CEI) broadcaster, for the production of the programme “Sunday with Benedict XVI”, the ideal culmination of the 25th year of activity of the Cantori, which ended with the presentation of the CD containing the medieval office of Saints Omobono and Imerio, patrons of Cremona. The “itinerant” liturgical dimension, which is an essential part of the choir’s activities and programming, finds its annual peak in the now traditional presence in Innsbruck-Hall in Tirol for the liturgies in Gregorian chant on Good Friday and Holy Saturday. As evidence of the attention and active participation in the lively historical phase of the recovery of Gregorian chant, in 1993 the association created the specialist magazine “Note gregoriane” and, since 1996, Gregorian chant courses in Milan, Cremona and Rovigo attended by musicians, choir directors, liturgical operators and singers from all over Italy. 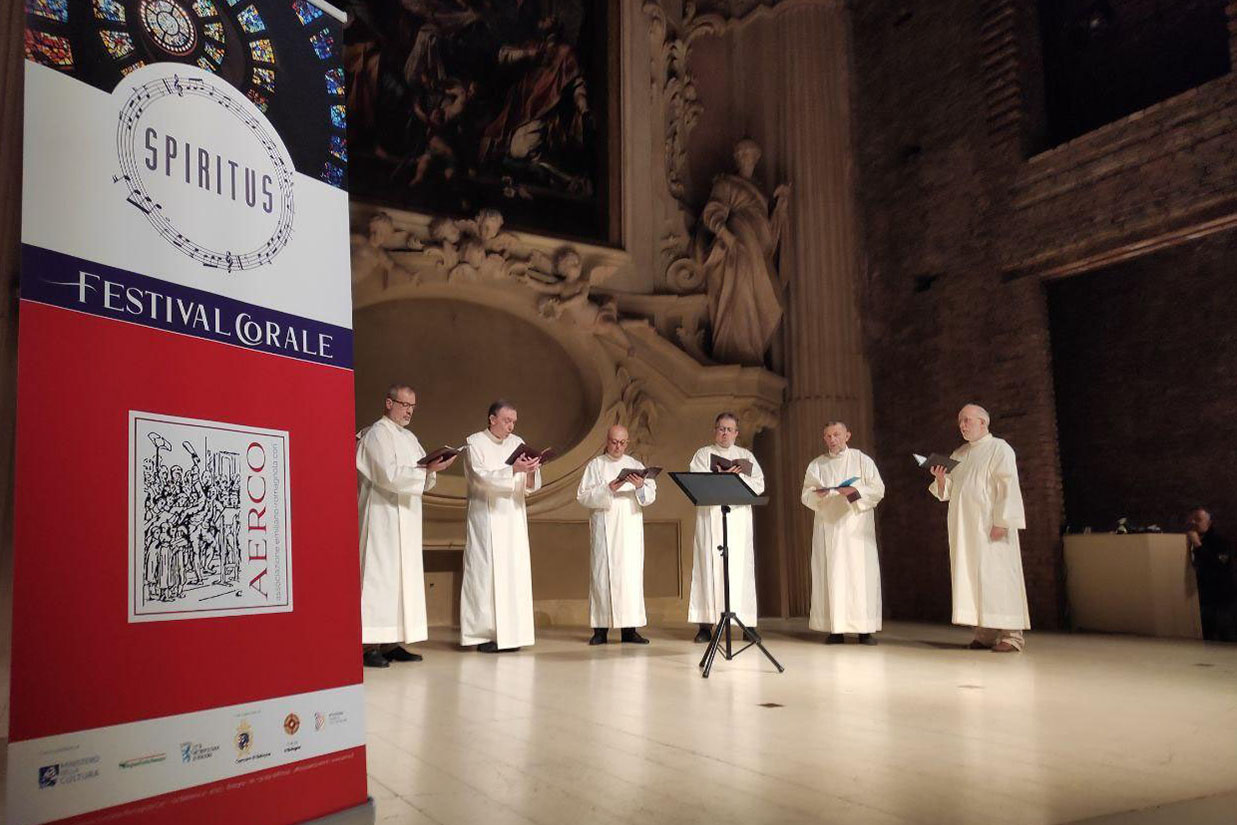