With an uninterrupted activity of more than half a century, the Madrigal Choir is the most appreciated professional choral ensemble in Romania, actively involved in the development of the choral movement in the country, through the Cantus Mundi National Programme. Founded in 1963 by the conductor Marin Constantin, the Madrigal Choir immediately became an acclaimed presence on the most important stages of Europe. The composition of the members was constantly refined, so that only the most gifted students or graduates of the Bucharest Conservatory came to be called “madrigalists”, and critics of the time compared the performance of the choir and the conductor to “a Stradivarius violin in Paganini’s hand” (Dobrica Stevanović, 1968). As the decades of musical activity have accumulated, the ensemble’s reputation has grown from more than 4,500 concerts on four continents under the direction of the founder, who died in 2011. Marin Constantin’s disciples carried forward the unique concept created by the specific sound, the stereophonic stage setting and the imposing costumes. The choir has also completed its name by taking over the name of its founder, thus becoming the National Chamber Choir “Madrigal – Marin Constantin”. The current conductor of the ensemble is Anna Ungureanu, a musician with a decade of experience with Marin Constantin. The choir’s repertoire includes hundreds of works from the European Renaissance period, Byzantine music, jewels of Romanian classical music, traditional carols, contemporary compositions and instrumental vocal works. In fact, the very name of the ensemble denotes its inclination towards medieval creation, the madrigal being a short vocal, polyphonic, lyrical musical composition of the 16th century. On the stage of the great concert halls, the gentle, rounded sound of mature male voices has been interwoven with the sweet, ethereal sound of young female voices in over 60 CDs recorded to date. In 2003, the Madrigal Choir was awarded the Order of Cultural Merit in the rank of Commander by the Romanian Presidency.The Madrigal Choir’s status as cultural ambassador was recently reconfirmed in Geneva, when the ensemble received the title of Ambassador of Freedom, Hope and Peace, through the “Jean Nussbaum and Eleanor Roosevelt” award. The award was presented at the United Nations Palace during the Global Summit on Religion, Peace and Security at the end of 2016. Also, in 2017, the Madrigal Choir, conducted by Anna Ungureanu, performed in Jerusalem in an event whose objectives were to explore universal cultural values and promote European cultural identity.The hall inside the National Museum of Israel, which hosted the concert, is the space where the three great religions symbolically meet in Jerusalem, with a synagogue, a mosque and a basilisk among the exhibits. Since its foundation, the Madrigal Choir has had a European trajectory, being present at festivals in major musical cities on the continent and always received with enthusiasm by the audience who frequently shouted “Les Champions, Les Champions”.Today, the choral ensemble brings the European spirit into the minds and hearts of children, along with the love of choral singing, through the Cantus Mundi National Programme. In addition to its concert activity, the National Chamber Choir “Madrigal-Marin Constantin” is the initiator of the largest movement to promote choral singing in Romania. Launched 10 years ago, voluntarily, at the initiative of the conductor Ion Marin, the idea that since 2014 has become the Cantus Mundi National Programme, has taken remarkable shape. More than 60,000 children in Romania have joined this national movement, with more than 1,660 choirs currently registered on the online platform www. cantusmundi.com. For choir members, Madrigal is a real school, for Romania, it is a country brand, and for Europe, it is a relevant part of the continent’s cultural heritage.. 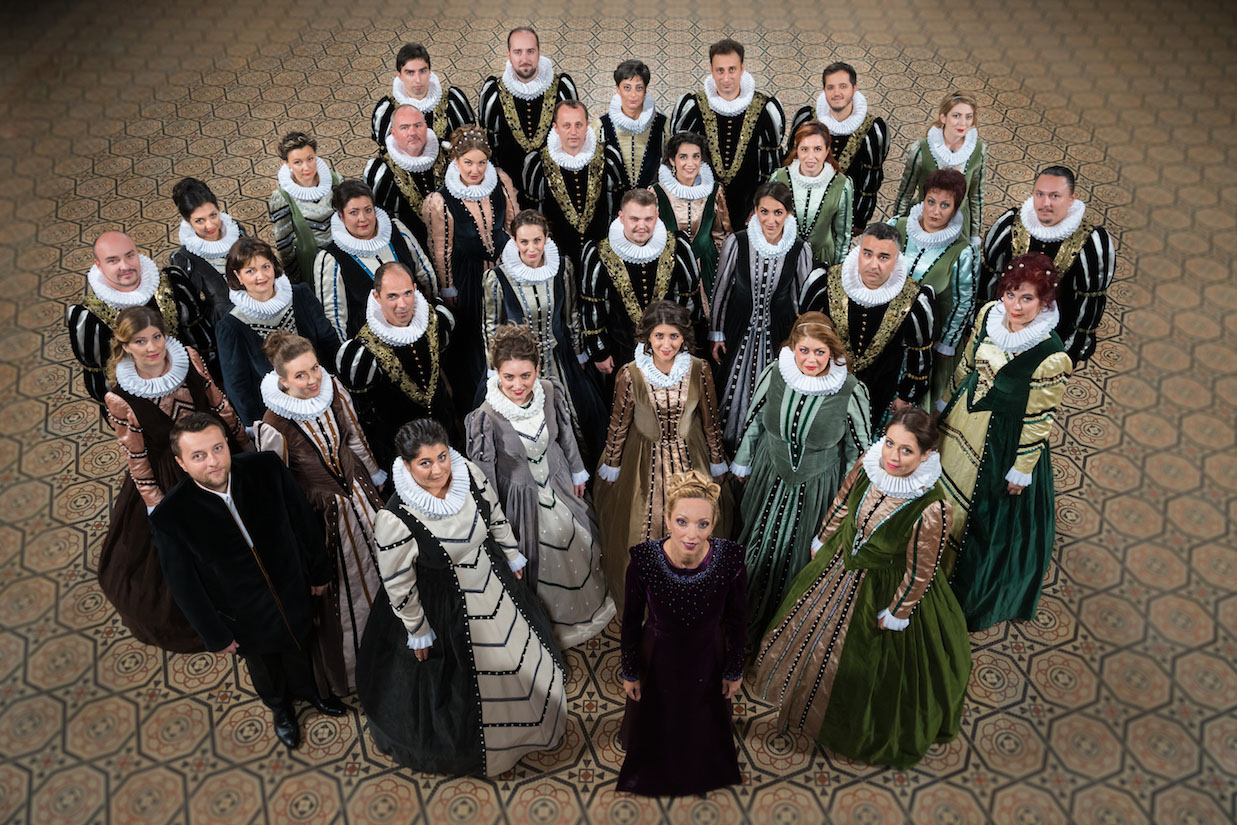